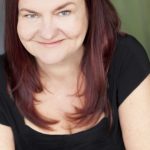 Beata Pilch founded Chicago’s Trap Door Theatre in 1994 and still presides as its Artistic Director. Originally from Chicago, she holds a BFA in Acting from the United States International University in San Diego and a MFA in Acting from California Institute of the Arts in Valencia, CA. She had the honor to graduate as a magna cum laude from both universities and was later awarded the Prestigious Alumni award from CalArts. She has directed and performed in over 80 Trap Door productions and has toured abroad annually with the company to France, Romania, Hungary, Poland and was the first US theatre company ever to perform in the Republic of Moldova. In 2015, she created a sister company, Trap Door International, which produces out of Barcelona. Beata is a proud resident of Spain. The House of Gods/La Casa de los Dioses is Beata’s first feature documentary film. To learn about Trap Door visit www.trapdoortheatre.com

David A. Holcombe –  David is an award-winning filmmaker and is a founding member and Artistic Director – of Soft Cage Films (softcagefilms.com). His feature films include “Yellow”, “Graffito”, and “Human Capital”. He worked as cinematographer and editor for the upcoming feature length Spanish documentary, “House of Gods”. David wrote, directed, edited, and produced the experimental horror film “RunRainbow”, which premiered at the 2021 West Sound Film Festival and won Best Cinematography at the 2021 Madrid International Film Festival. David directed an upcoming original short musical film entitled “Blacksite: The Musical!”, a rollicking musical about police brutality in Chicago. www.daholcombe.com 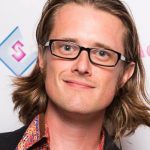 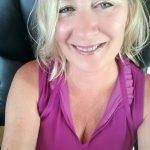 Carrie Holt de Lama is an accomplished film producer whose credits include more than two dozen films and cable television productions. Her most recent work includes serving as unit production manager on RUN (2020), Lovecraft Country (2020), on the Netflix program Tiny Pretty Things (2021) and on Beats (2019), a Netflix hip-hop film starring Anthony Anderson about a musical prodigy in the heart of Chicago’s South Side Englewood neighborhood. She was unit production manager on Hala (2019), an Overbrook Productions film that premiered to critical acclaim at the Sundance Film Festival about the trials of a Pakistani immigrant family striving to acclimate to life in the United States. Previously she was executive producer and unit production manager on Southside With You, a film about the first date between President Barack Obama and First Lady Michelle Obama that premiered at the Sundance Film Festival. She co-produced the indie classic The Last Rites of Joe May, with Dennis Farina and Gary Cole (2011) that premiered at the Tribeca Film Festival and the sci-fi thriller Electric Dreams (2016), based on

Michael Garvey was born in Omaha, Nebraska. Raised in the suburbs of Chicago, he received a Bachelor of Science degree in Broadcast Journalism from the University of Wyoming. He has been working in film on both sides of the camera for thirty years. As an actor he can be seen in productions such as Men in Black II, Basketball, Star Trek: Enterprise, Sesame Street, ER, Woody Allen’s, Rifkin’s Festival and Soft Cage Film’s, Graffito. Michael was Associate Producer and Production Manager on Across the Creek, a documentary exploring the struggles of the Lakota Sioux for the restoration of a cultural legacy, directed and produced by Jonny Cournoyer (Rosebud Lakota Sioux). Across the Creek premiered in November, 2014 as a part of the PBS POV series and was shown at the White House in 2016 as a part of an educational series on Native Americans. 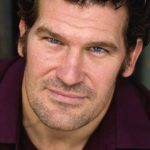